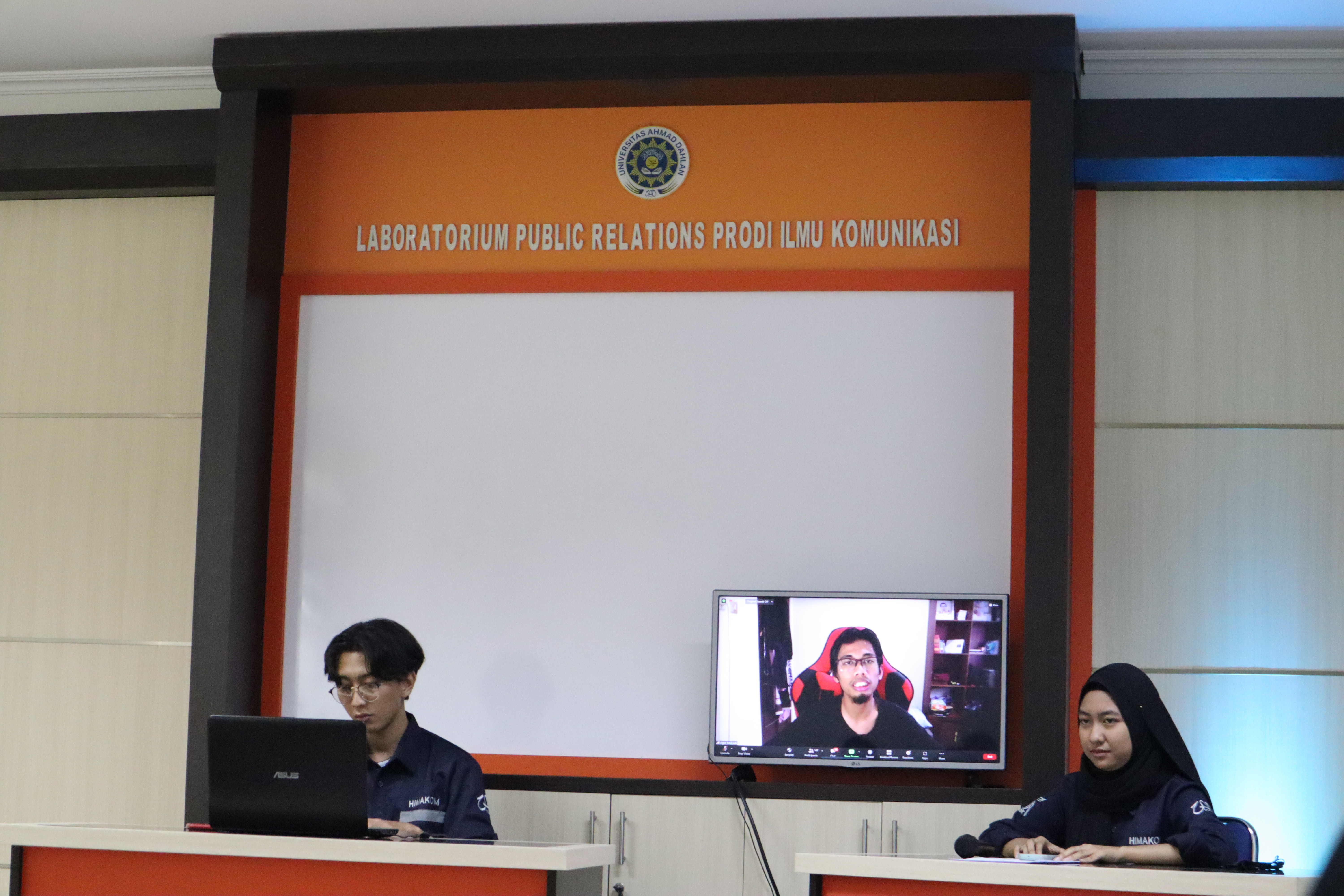 Habib Ahmad Hasbullah, Chief Executive, in his speech said that the Copywriter Training is a series of 2021 Communications Choice Award events.

“This activity is a program of the Research and Development Division. Later, this is a series of Communications Choice Awards,” he said.

The Communications Choice Award is an award ceremony for Communication Study students to appreciate the content that has been created.

Furthermore, in his speech, Habib Ahmad Hasbullah explained that the highlight of this event is the awarding night. However, he revealed, the time could not be announced at this time.

“So, later, the climax will be the awarding night, the time will be announced later,” he said.

Closing his greetings, Habib Ahmad Hasbullah hoped that the participants would take this event seriously until the end of the event.

This event was attended by the Head of Communication Studies Study Program, the Head of HIMAKOM, and the Chief Executive, as well as 172 participants.